I've radically changed my content discovery approach and sites/services I consume for information and news. As a result, my new method leverages a broad array of curated content sources using a disparate set of presentation formats (web sites, feeds, emails, posts, etc) that I either consume via Flipboard (because it natively supports said service) or via Instapaper because it's not in Flipboard.

I've had an Instapaper account for quite some time, but hadn't used it until recently due to this change in my reading behavior. I was overjoyed to see Instapaper supporting Rapid Serial Visual Presentation (RSVP)! I've never been able to effectively adopt "skimming" or proximity based "speed reading" techniques; my brain has to consume _everything_ in order for it to work (for better or worse). A year or so ago my neighbor introduced me to RSVP during a project he was working on, and my mind blew! He was (and is about to release) a RSVP viewer for a wearable device; brilliant!

Anyway, I'm stoked to finally have a cross platform RSVP reader baked into a content source aggregator (Instapaper) for the "read later" use case. I'd encourage you to try the technique out using a tool like http://www.spreeder.com/ or Instapaper. 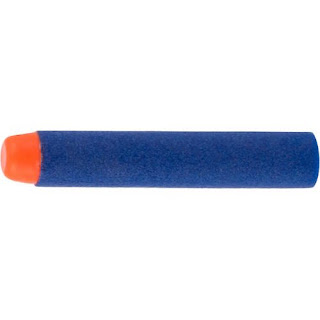 Yesterday I found myself "modding" one of my 12-yr old son's Nerf guns. One of his buddies had done it, and now he wanted to. We grabbed a bunch of tools/gear and sat down to hack away. I've built physical things from the ground up plenty of times. Following instruction manuals, or not, to constitute some sort of hardware (models (custom and pre-defined), PCs, bikes, skateboards, furniture, etc...), but I'd never really "mod'ed" anything.

My boy was using the word in a way we didn't as kids. It was weird. We sat there pressing play/pause/rewinding some other kids' YouTube video on how to modify this particular model gun to do some new cool things. The mods were really all about removing limitations put in place by the manufacturer for undoubted liability reasons. It was a ton of fun!

And they my son said something that broke my brain a little. He picked up one of the foam Nerf darts and postulated out loud: "I wonder if we can edit this dart." I'd only ever used that word in the context of code or content. I'd never even heard it used in the context of something physical. He sat there pivoting the foam in his hand, looking at it; wondering. Wondering how he could tweak this physical thing and "edit" it to do something else.

He's growing up in a world of 3D printers and prolific "mod" instructional tutorials online. He's starting to think about the physical world the way I thought about software.

Where Did The Journalism Go?

Email ThisBlogThis!Share to TwitterShare to FacebookShare to Pinterest
With Circa dead, I lost what I considered my last shot at reasonable "news" consumption. I'm aware Circa was "editors" and not "journalists," but they did a decent job editing stuff together and letting me walk down categories of content I wanted, instead of being spoon-fed crap by media outlets. Circa dying was a big blow for me.

Anyway, I've asked this before, but now I have to again, what are folks doing for their "daily" news content consumption?

Twitter's decent for "real-time," but it can feel like an echo-chamber, and I can't find a website that isn't ad driven and using near child-labor to produce what they call "content." Really long-form stuff I think I have covered (Foreign Affairs... Economist... Atlantic, Sunday NYT), but short/mid-length stuff, and daily stuff feels like a void. Digg's daily email rollup is kinda cool, but falling into link-bait status quickly. Brain Pickings has been great, but not "frequent" enough. I get into satirical stuff like John Oliver and Louis C.K., but I have to temper that stuff as I quickly get depressed over how awful the world seems to be.

I guess Flipboard "cover stories" and other of their magazines/sections are serving me pretty well these days too. A friend thinks Flipboard will rule the world in the coming years, and I think they're right. Yea, Flipboard's probably my go-to these days, but I'm wondering if there's a consistent and reliable source for daily content produced by actual journalists (people who have dedicated their lives to non-biased (as much as possible) to understanding and reporting news. Anyone???
Posted by jvaleski at 12:37 PM No comments: