What matters in a career, a company, and a Product. 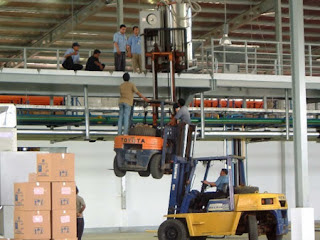 This post started as an internal email, but I realized I should post it here for would-be Gnip applicants, and for anyone who may want some insight into how my brain works.

I consider myself one of Earth's luckier human residents. My post-University career started with a Netscape founder doing interviews one day at the University of Colorado at Boulder, just prior to graduating way back when. He interviewed me and passed me along to employee #5 for perusal. I flew out to Mountain View, interviewed, and was offered a job in the Networking Library group (netlib) for the core browser; I took it.

I had several offers coming out of college. I took the one with Netscape, not because of what Netscape was, or was becoming, but because of the people. They were great. They were smart (some of them genius). They were strong. They were engineers. They were business people. They were passionate. They were pragmatic. They were FUN! We are all great, lifelong friends. We lived and breathed "the browser." Trips to Tahoe for skiing in the winter, and boating in the summer, were a beautiful mix of work and play. I'll never forget debugging a User Agent problem over the phone with someone while riding up on the ski lift. In those early years, I learned how to code, build, have fun with "work" and how to be part of a team.

The wisdom imparted on me, the new guy, has guided me since.
Booms cause these rules to get twisted and watered down and broken. People get hyper and take short cuts, and things fail (bubbles burst).

While I have no desire to live in the past, taking learnings from it, and applying them today is fundamental. I'm back home in Boulder, CO now, and my friends and I are building Gnip. We are building a great product, and a great team, in a great place. Join us.
Posted by jvaleski at 10:05 AM