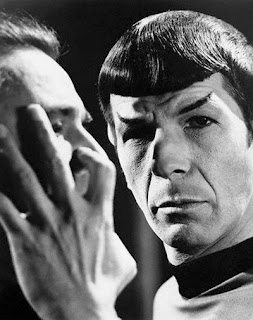 About a year ago one of Gnip's employees pulled me aside to ask some pointed questions. This person had noticed a few things happen in the office, and let his imagination run wild to the point of believing Gnip was being acquired. In reality, that was no-where on radar.

We talked for awhile about how he'd gotten so far down that mental path. Why he didn't simply ask about it earlier if it was bothering him. What had changed in us organizationally, as a result of our team growth, such that there was such a disconnect between his concern and reality. So on and so on.

What fell out of the conversation is something that I've completely embraced; a bi-monthly (every two weeks) update email to the entire company. I literally start mine with "what's on my mind..." and then a bulleted list of stuff that is on my mind. When I remember to, I also forward it directly onto the board of directors.

My calendar reminds me every couple of weeks to send it. I never spend more than 5 or 10 minutes composing it (usually 2-3). The feedback I receive after each one is incredibly useful, and clearly indicates it's being digested.

The update emails give everyone on the team a view into what's on my mind; with frequency and regularity. They're light, so I don't have to prep for them. They're honest. They're transparent.

Of course face to face 1on1s or all-hands are better, but they're not always possible with people traveling and people out sick. They also lack regular rhythm and frequency.

When I used to manage smaller teams I sometimes did these, but they weren't as useful as they are as the team grows. In smaller teams everyone's simply closer and more connected to what's going on so you don't necessarily need them.

If you're responsible for larger teams and groups of people, I'm now convinced these are imperative (assuming you can't get the frequent/regular face-time which is preferred). If you're the CEO of a growing company... they're required!

And one more thing; they have to be real. They can't be overwhelmed by corporate communications crap.
Posted by jvaleski at 7:28 AM No comments:

Gnip is one (leap) year old!

Email ThisBlogThis!Share to TwitterShare to FacebookShare to Pinterest
Yesterday (leap day!) was Gnip's four year anniversary. It's been a wild ride to be sure. It took awhile to find the groove (Bijan Sabet coincidentally just posted on this topic), but patience and persistence paid off.

Here's a small flickr set of various shots over the past four years; I wish it was more comprehensive, but it's all I could scrape together with limited time.

Here's a memorable, roughy chronological, timeline. I should do a product timeline at some point, but this one's more nostalgically motivated. Tissue please!


We've built an amazing product that our customers love. We've built amazing software that blows my mind everyday. We've assembled a team of humans that do uniquely amazing things as a group. Every single day. I've built friendships that will be with me forever.

I am happy, and I everyday I can't wait to get into the office to build more value for our current, and prospective customers.
Posted by jvaleski at 1:18 PM 1 comment: