Main Stream Media And Me

Email ThisBlogThis!Share to TwitterShare to FacebookShare to Pinterest
It's been several weeks now since I dropped out of main stream media consumption. My consumption vectors have become...


I use Instapaper for "read later" and it's proven to be great. especially the "speed read" functionality; big time saver.

Email ThisBlogThis!Share to TwitterShare to FacebookShare to Pinterest
I just got back from a run and wanted to flesh this notion out a bit. I was listening to a This Week In Startups "news" roundtable in which Declan McCullagh was talking about his new "news" app called "Recent" (btw Declan, if you're not using Stream on the backend, you should consider it (disclosure, I'm an investor)). Someone started talking about ranking journalists, and someone else used the word "jRank" and jokingly compared it to Google's gRank. Declan passively suggested Recent was doing something like this in its algorithm to filter news. During this latest rush to build news apps, I'd like to see journalist rankings blend into the algorithms, and ultimately I'd love to be able to turn jRank dials in my profile to tune my feed accordingly.

You'd have to start with a ranking system first of course. From there, software could consider it when producing my feed, and from there a UI element could be presented to me to allow me to filter/dial journalists accordingly.

Proposed jRank factors for a given journalist


The idea would be consider all the interesting factors that go into a producer of words. There are times I want to see content from random citizens who happen to catch a "news worthy" moment while walking the dog, and there are times I want to see stories on a known topic produced by someone who just spent a year of their life embedded in a specific environment studying a topic. And, everything in between. The combination of deeper knowledge around who produced the content, and the platform aggregated/presenting it, gives me, the user, a lot of control. Of course, "news platforms" relying on the crowd for the content can have all the dials turned up to 11 for the default stream.
Posted by jvaleski at 3:36 PM No comments:

After Several Weeks With Apple Watch

Email ThisBlogThis!Share to TwitterShare to FacebookShare to Pinterest
I keep putting it on each day which means something I suppose.

I use it for


That's pretty much it. I like being able to tell time without pulling my phone out, receiving glanceable notifications that I deem important, and being able to initiate specific, simple, actions (Strava start/stop, Swarm checkins) from my wrist.

In the end, I suspect all I really care about is checking the time and I'll probably go buy a regular old analog watch now that those are back in style.
Posted by jvaleski at 9:37 AM No comments:

Email ThisBlogThis!Share to TwitterShare to FacebookShare to Pinterest
They're baaaaack!


Instead, now I send a few texts to Native (human agents) and it's over. Here's one I sent the other day.

"NYC please. Personal card. Two ppl (myself and daughter). Depart DEN to LGA in the morning on X date, return LGA to DEN on Y date mid-late afternoon (enough time to grab lunch in Brooklyn on way to airport)."

Native knows my airline, seat preferences, the hotel I stay at in NY, and ground transport needs.

A few texts later I've confirmed details, and it's over. A trip that would've taken at least an hour to pull together (flights, hotel, cars, events, reservations), takes minutes now.

Totally impressed. Happy the modern travel agent is back.
Posted by jvaleski at 8:26 AM No comments: 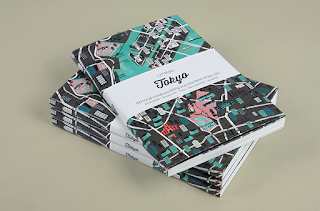 I've been doing a fair amount of leisure travel recently and have come across an amazing set of travel guides. They're called CitiX60 guides, and are published by Viction Workshop; http://victionary.com/ .


I've been to a few cities with these guides now and have to say that I've enjoyed more experiences through them than I have in a lifetime of other guidebooks. Nearly all hits, and no misses, and they're gorgeous little books to keep around too boot.

Curation... it's the future.
Posted by jvaleski at 8:12 AM No comments: