This was a very long breakup. I need some space to write it all down.

Last night I deleted Uber from my phone. After waiting for forty minutes at LAX, I watched my car drive by as the app told me “ride cancelled.” In the end, I’ve simply had too many “ride cancelled” experiences from drivers. While last night’s cancellation was of a different, inexplicable, kind, generally after accepting your ride at a major airport a driver calls you with a feigned “I’m on my way” (when in fact they are not, and instead they’re sitting in a holding lot trying to determine whether or not you’re worth pulling out), only to then solicit your destination from you. Technically they’re not allowed to ask this question due to regulation against location discrimination, but, they do, and you’re left with a choice, to either disclose the location in hopes that it’s convenient enough for them that they’ll keep the ride, or to withhold the information in hopes that they don’t cancel the ride. Obviously they receive the destination information once you’re in the car, but, for them, that’s often a ride risk too great to accept. Anyway, over the past few years this has become the norm at major US airports, and when they don’t like what they hear, the cancellation can lead to non-trivial delays while you regroup and try to find another car (and go through the dance again), not to mention the awful customer experience the whole things yields (yeah, I want to handle a phone call while I’m darting off the plane in a sea of people while scrambling to use the restroom, and queue for escalators and trains, often with kiddos in tow).

I’d been hanging on to the Uber app for a handful of reasons, but they’ve, in some cases literally, fallen away.

I’d wanted to remain a loyal and supportive of people I know that used to work at the company. Watching friends fight broken systems of regulation and governance and control that were no longer serving the populace as well as they could, was vicariously thrilling. It’s like I was there fighting along with them!

This was really why Uber started. If you never experienced the medallion based taxi cab system in San Francisco pre-Uber, consider yourself lucky. The City distributed a precious few medallions for a major metropolitan area, and you could easily wait thirty minutes for a cab to appear (if it appeared at all); I always thought it was strange how few cabs there were in SF. The car was falling part, and the driver could barely navigate the city to your destination. It was a total mess, and Uber wanted to fix that.

Early on Uber was great obviously. Nice cars (private “black car” drivers with sweet cars and keen navigation knowledge) would pick you up at the tap of a screen. Now “black car” quality is often worse than the old busted-up cabs, and the drivers are generally more clueless than the original taxi-cab drivers; relying on a mapping app to get them to the destination. While I’m on the topic, a quick run-down of the service tiers.

- UberX: general population drivers/cars. Drivers are usually really nice, but they’re not professional drivers... they’re just like you and me, driving our cars around; only with passengers.

- Select: general population drivers, with cars that are somehow a step-up from baseline. This is my go to category. You usually get a driver who cares about his car (quality/maintenance are generally much better). Their navigation knowledge is the same as UberX though.

- Black Car: these are drivers who generally drive “for a living.” The cars are crap (run-down), and the vast majority of the time you get a much better car if you choose Select (when available in your area). You often get SUVs when you pick this category, and I hate riding around in big trucks. I avoid this category entirely. Nothing good comes of it. Furthermore, in major US cities, the drivers are clearly stuck in some indentured servitude relationship with the car owner, and it just has a bad feel.

- Lux: LA is the only city that gets lux, and it is awesome! Killer cars (think Benz S-Class (no Cs or Es allowed)... Porsche Panamera... 7-Series BMWs) and the drivers are true pros. If they use an app to navigate at all, it’s Waze for crowdsourced feedback. These are drivers that want to drive, and love to drive, and know how to drive. Not cheap, but great experience.

Uber blazed the trail for regulation challenging. While they’ve made room for themselves, and other ride-share services, they’ve also made a lot of enemies, and that hurts the customer. As a frequent traveler, those enemies often come in the form of the unique regulatory bodies that manage traffic/parking for international airports. In most major US airports ride-share services have been regulated exactly as taxi-cab services have. They have their own pick-up/drop-off zones just like taxi’s. There’s just one problem, airports are nothing more than a series of queues, and if you’ve ever worked with queuing theory, the worst thing you can do to service the queue, is to randomize queue extraction, which is exactly what ride share services do. To understand what I’m saying, witness the “ride share pick-up” zone melee at LAX. Clients and drivers desperately trying to find each other amidst traffic chaos. It’s a mess. LGA is doing some interesting things to try and fix this. True car queues (which taxi cabs have always used) are much more efficient at airports. I’m going to try taxis at airports again for awhile, to see how the experience compares. After all, trying to negotiate a ride with a driver that’s likely just going to cancel on me certainly isn’t working.

Another reason I hung on to Uber was international support. Several years ago Uber started making inroads in other countries I’d travel to, and it felt like it was going to be super convenient to cut through the ride-negotiation and navigation language barrier by putting my destination in an app. However, ride-sharing in other countries hasn’t been as well received as it has been in the U.S. (and I suspect this is because other countries generally managed taxi cab regulation better than we did, and the populace was just fine with how things were working), so often there is literal civil unrest amongst the taxi cab drivers and their unions, or governments have regulated such a small footprint for Uber, that as a consumer, the product experience is pretty much non-existent. If you’ve ever tried to communicate to a driver in an unmarked car in a foreign language where you’re standing, and where they’re parked, you know how painful the experience can be. Uber is just not as acceptable or nearly as reliable as it is in the U.S., so years ago I fell back to using local taxi-services, or private services, instead.

A sampling of experiences.

- Barcelona, Spain. Uber is allowed to service the city, but, there are only a few cars and they’re never available. Unusable.

- Tokyo, Japan. Cell coverage in the warrens of the city is generally too poor to reliably use an app for transportation. Besides, the taxi cab system here is so damn good, there’s just zero need for an app based solution. Why bother?

- Paris, France. Somewhat reasonable, though, there’s such backlash against ride-sharing, I always feel like I get a scowl from the doorman at the hotel when I return; not a good feeling. Peer pressure.

In the end, other countries generally have their public transportation setup in a way that just works 100x better than the U.S., so, it’s easier just to use that.

I spend a fair amount of time in New York. I gave up on Uber there long ago due to driver/car quality issues, and have used a private car/driver service there since (the taxi cab cars are poorly maintained and generally un-clean). I’ve also developed sympathy for taxi cab medallion owners (and downstream driver relationships) in NY. I do believe the NYC taxi commission failed to uphold its agreement with medallion owners, and they truly did get screwed (a simple look at medallion pricing graphs proves this point). The municipality clearly stated the medallions provided exclusive rights for ride-hailing, and, yet ride-share services have prevailed. I’m fine with open market winning here in the end, but the taxi commission should recompense the owners for the gap in this case.

I will miss the Apple Watch Uber app for sure (Lyft doesn’t have one). I often do long one-way trail runs, and being able to hail a car on the other end from my watch was awesome.

Over the past few years I’ve had a handful of experiences with Lyft that have impressed me. I don’t understand why two companies providing seemingly exactly the same service at the core, could be so different, but they are. Lyft drivers are somehow statistically kinder, and I’ve never had a pick-up cancelled on me. I’m on Lyft now. I’ll report back in a few years to let you know how it goes. 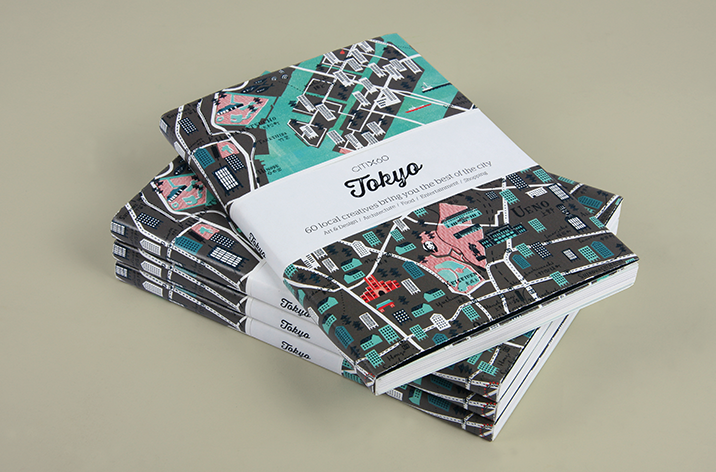