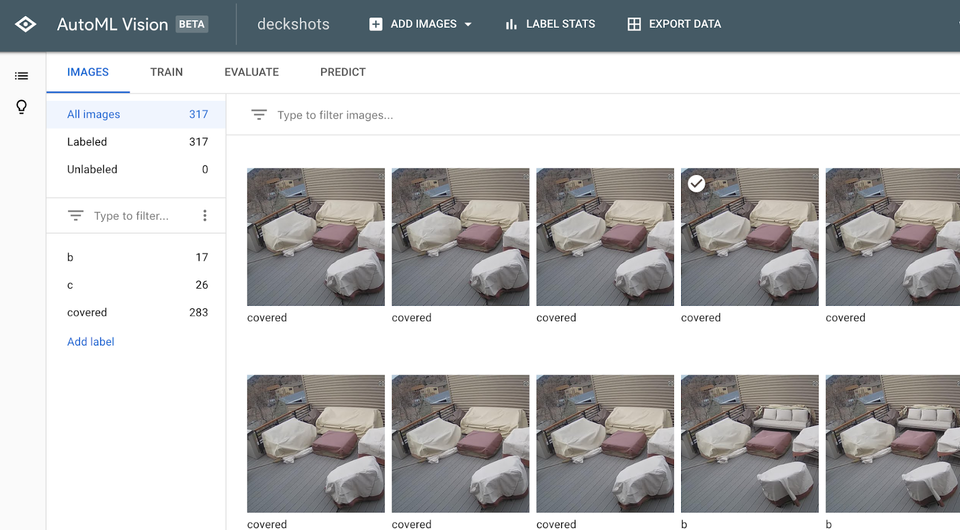 The process of building a model on someone else's engine is unbelievably simple. If you can imagine it... the computer can model it and predict it.Labeling image data is a major pain and very time consuming. While model prediction/execution is super fast after you've trained it, the labeling process required to train is horribly cumbersome. Looks like someone's entered the market to start doing the hard work for us; I'll give CloudFactory a try next time I need to build a model (which is pretty soon actually given that my cover configuration has changed already).We are going to accelerate from zero to sixty very quickly with ML backed image apps. I imagine app providers providing integration solutions with existing webcam setups that allow consumers to easily train a model for whatever visual scenario they want to be notified about (cat is out of food, plant is lacking water, garage door is open, bike is unlocked, on and on and on). Of course, you can apply all of this logic to audio as well. The future is going to be cool!