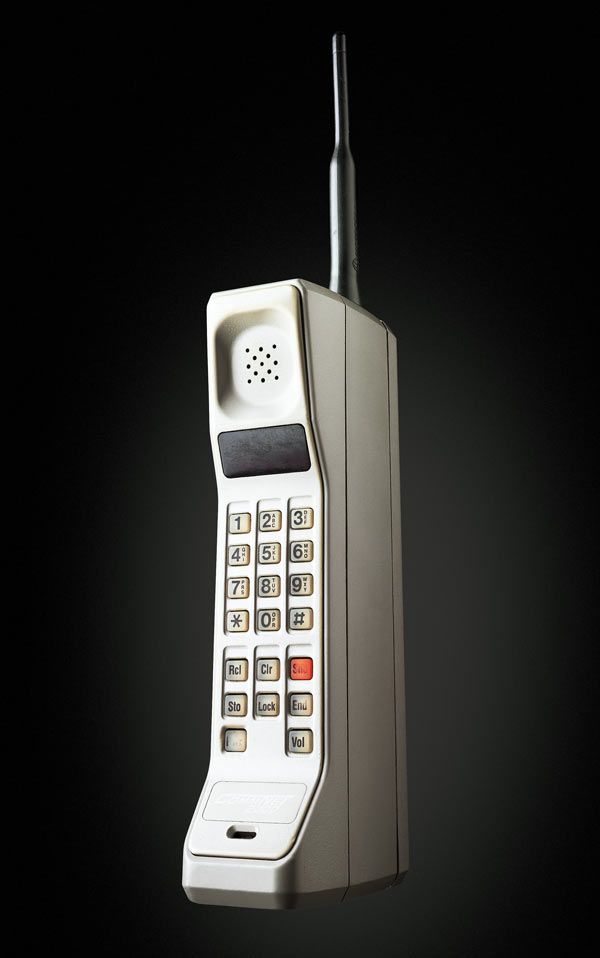 I remember the day my mother brought home her first cell phone. It was the true brick (pictured here), and looking back it was the result of the carriers of the day defining the handset as a product that would run on their network, and having someone build it for them. Well, sadly, not much has changed over the past twenty years. With all the innovation that occurs at the handset level (thank you Nokia, LG, Samsung, Apple, Motorolla, etc), the carriers are still the channel for 99+% of handset distribution, and they don't want the great stuff. Sure you can purchase the latest and greatest Nokia handset in its unlocked form from an independent party, and hope that it works on your carrier's network, but you'll pay through the nose for it. I've written on this tri-fecta concept in the past, but wanted to refresh (reiterate) my thinking given recent events.

Carrier subsidies for mass market handsets dominate the landscape. Consumers are price conscious, and the "free" handset when you sign up for a 2-year contract is just too appealing for most folks. The result, is a hamstrung handset market, with watered down, un-interesting devices making their way to consumer's hands. While some handset manufacturers are able to break this mold from time to time (Apple w/ the iPhone in partnership with AT&T), decent handsets are still only a fraction of total sold. Again, people like "free."

One area that is still shrouded in darkness is the notion of the "app store" for software on these handsets/devices/phones. Apple miraculously created (unfortunately probably a one-time aberration) a bountiful online, on-device, store for iPhone software, yet, despite all the recent announcements, no-one else has a useful offering. Pessimistically, I predict there won't be any other credible offering for many years to come. A lesson learned from telco/ISPs long ago was that they aren't willing to give up their multi-billion dollar capital infrastructure investments and write them off as a platform for others to benefit. Cell phone carriers are the mobile parallel to a 'T'. The success of a mobile device software marketplace is 99% a function of carriers permitting such a thing to exist; bottom line. I'll believe it when I see it.

For all the money invested in cell network setup, the carriers aren't about to widely allow other businesses to blossom on their backbone, without a huge piece of the pie. Their demands are so high, that others can't justify standing up businesses (e.g. app stores) bound to the hobbled terms and price-points offered by carriers; the carriers always want to come out on top. I can't blame them, but the sad result is that consumers suffer. Carriers are focused on standing up cell towers, and that's about it. They don't have a clue about standing up complete software ecosystems, yet they maintain choke holds on the handset manufacturers trying so desperately to get their innovations to market.

Until the carriers give up this control, and acquiesce to a smaller cut of the pie, the model will remain flawed. Consumers will continue to use old-world technology and devices when amazing new innovations are possible thanks to the handset manufacturers. Consumers will be unable to have a transferable, interesting, productive,  quality, and entertaining multi-media experiences on their phones (unless you're an iPhone user). This seems backwards, but, we all know how monopolized markets always tend to win. What's the answer? Regulation? Consumer demand for a change? I feel like we've at least tried the latter; maybe the iPhone will indeed shake things up beyond Apple and AT&T's little bubble. Wouldn't that be nice.

I dream of a day when I can shop my-favorite-handset-manufacturer.com for killer hardware that runs software I choose, and that will work on a wireless carrier network that is so pushed into the background it's effectively a public utility (e.g. nameless).

I would love nothing more than to see Apple & AT&T's model flourish in and of itself, as well as spark revolution in the carrier, handset, and software offering dynamic industry-wide. Wanting this across the board for a long time now, I'm not holding my breath.