I'm 37 years old, and until five weeks ago, I was invincible.

I'm addicted to body work. Shutting down my musculature and letting an experienced massage therapist take over my body is one of my vices. Five weeks ago I had a session that changed my life. I was going through a routine session with a therapist with whom I've worked with dozens of times over the years. Then something weird happened. And then something else weird happened. First, she performed a neck move that, over the course of a few seconds, led to me nearly blacking out. If you've done a lot of massage, you know that there are moves that do weird things with your nerves and blood-flow, so I didn't think much of it. While it was definitely a new sensation, and a troubling one, before I could say anything she'd moved on, as did the sensation. Fifteen more minutes passed and the session was over. I took my customary minute or two to re-enter the here-and-now, and sat up. Bam! I hit the mat instantly. A sense of dizzy I'd never experienced before took over and I couldn't get upright.

At this point I was obviously scared, but, again, having done lots of massage, I knew there were times when things feel "off." I rested a few minutes then slowly got up, pushing through the dizzy. Once standing I was able to move through the dizziness. I brushed it all off and figured I'd wake up the next morning just fine. I didn't. I woke up dizzy.

It was at this point that I realized something wasn't right. I plowed through the day and figured I'd wake up the *next* morning fine. I didn't. I woke up dizzy. At this point I was really scared. What had happened? After some digging the odds started suggesting that my vertebral arteries were slowly pinched off during the neck maneuver, progressing to blackout (which never culminated).

It was time to head to the Emergency Room. They conducted a CT scan and concluded no major blood vessels/veins/arteries had been damaged. That was good news, but I was still spinning 24/7 and was feeling horrible. I cannot describe the concern and discomfort that arises from one's sense of balance being disrupted for an extended period. True horror. The parameters by which you've experience the world completely change. Interpretation. Distance judgement. Balance. Clarity. Focus. They're all off, and as you can deduce, therefore everything is off.

My beloved wife was digging at this point as well, and found something called BPPV (benign paroxysmal positional vertigo) that hit my symptoms on the head (no pun intended). She also found a physical therapist in Boulder, CO (of course) who'd been knocking diagnosis and treatment for this disorder out of the park for years. I called the PT in a panic. I went in and was diagnosed with BPPV and severe neck strain/sprain. I'm still not 100% comfortable with the coincidental onset of both of these things, but, one thing has become very clear, balance and vestibular issues are a black art. There's little science to understand what goes on with the brain's sense of balance and the intricacies of the inner ear when things go sideways. This gets into my overall concern for modern/conventional medicine, but, that's another blog post.

I mentioned my symptoms to a good friend who's metastasized liver cancer chemo is underway. Coincidentally he'd woken up one day several years ago in a dizzy state. He conducted some Epley maneuvers after some PT and then woke up a few days later as though nothing had happened. I suspect he'd had BPPV and didn't realize it. He self-treated and life was good afterward. Given his current medical scenario, he was able to provide me with some… let's just call it… "perspective."

At this point a week had past and nothing was getting better. I found myself faced with the impossible question: how do I live life this way? Everything around me was distorted. One of my senses (frankly my most important one; vision) was compromised, and I was experiencing some sort of tunnel vision where I couldn't see or focus on much in my periphery, and instead all I could see was what I adjusted my eyes' focal point onto. Very hard to describe. At this point I was freaking out. I could tell my mind was at a fork in the road: choose to spiral into oblivion and become depressed while things tried to work themselves out, or choose to be positive. If you know me, you know I'm a realist (err… pessimist?). I don't walk around viewing all the glasses half full (at least externally, but that's another blog post). Incredibly, I was happy. Petrified with fear, but happy. My spirits were higher than than usual. I can't explain this unexpected behavior yet.

When I finally got to my first PT appointment I unloaded. Therapist: "What's up?" Me: "I'm going to talk for awhile. Do not interrupt me. Listen carefully. I'll tell you when I'm done, and then I'll shut-up, at which point you take over." Luckily the PT and I were aligned. She listened intently, let me blab for awhile… let me stop, then she dove in.

Her confidence and clarity around her experience in diagnosing and treating vestibular stuff were exactly what I needed. She grabbed the steering wheel, told me I was ultimately going to be fine (which I doubted), and proceeded treating me for vestibular issues. The intricacies of how our body/mind establish balance are unbelievable, and again, there's very little science that clarifies any of this. Black magic. Once you get into the brain, all bets are off; bottom line.

Over the past several weeks, and several PT sessions, it's become clear to me that I suffered severe neck strain/sprain. Looking back on the massage session that instigated all of this, I was more relaxed than normal during the work. I'd relaxed to the point that my body was not responding with normal reflexes when danger was sensed (that in and of itself is a scary thought). I'd relaxed so much that I wasn't protecting my vertebral arteries with muscle tension, and that led the massage therapist's normal maneuver (which I'd had done literally hundreds of times) to throw me off completely, and compromise my mind and bodies' physical defenses.

Much like a severe ankle sprain, which can take a couple of months for an adult to recover from, my neck was combating serious inflammation and tendon strain, in addition to BPPV. The result has been that my vestibular system, occipital portion of my brain, and blood flow infrastructure to inner-ear and associated brain area, had been compromised. From my point of view, I've been healing from a severe inner-upper neck bruise.

I found that physical activity (bike rides, weight lifting, jogging, massage) minimized the symptoms; oddly. But, in discussing that fact with the PT, she clarified the consistency with a major sprain/bruising scenario elsewhere in the body. Score another point for the PT.

I'm almost back to 100%. Three things have led to my recovery: one, upbeat spirit (again, if you know me, this is an odd one). two, the successful treatment of BPPV by an incredible physical therapist. three, patience with a severe strain/sprain in a rare/unlikely part of one's body; the neck. I'm not used to taking that much time to heal; I'm getting old.

For the first time in a very long time, I have a new outlook on life. It's cliche, but now that I've lived it, we are fragile animals. In an instant our entire world can change (for better, or worse). Our brains and vestibular systems are intensely fragile. Just as intellectual activity can forever change our worldly interpretation, so can physical things. Inadvertently mess with the inner ear, and very bad things can happen.

I have no ill will for the massage therapist who initiated this. She'd personally conducted this maneuver dozens of times before without issue, and I have an appointment scheduled with her next week.

I'm so grateful that I'm pulling out of this balance disaster that I can't even describe it.

I am eternally grateful for an old friend who had shinned a light down a dark tunnel for me during this ordeal, and illustrated how great life can be even if things don't get better. I'm glad I didn't have to ultimately test his suggestion however.

Things aren't 100% back to where they were, but the physical things that comprise my life are back, and that's all I can ask for. Furthermore, the rate of improvement has finally gotten to a rate I'm comfortable with. Slow healing is note something I'm accustomed to. I'm used to bouncing back from everything fast.

If you know me, I lack the empathetic gene, and I'm rather selfish. My wife's unfettered empathy while I plowed through this gave me new perspective for sure. You might even start to see me empathize with things where I wouldn't before.

I am lucky on so many levels. 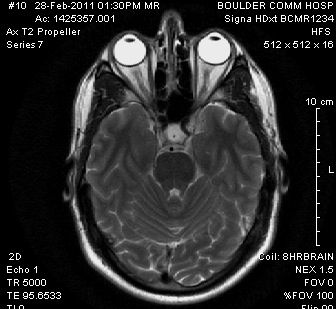