I get asked this question a surprising number of times, so I'm going to try answering it here in hopes of killing multiple future birds with one stone. The question comes in the "hey, can I pick your brain for thirty minutes" form, and winds up in an email exchange with me conveying the following, so, blog post time. I thought the question would've died off by now.

Gnip got the exclusive Twitter public raw content resyndication deal by building functionality our customers needed, and effectively illustrating our resulting reasonably sized business to Twitter over the course of three years.

We showed Twitter there were hundreds (potentially thousands depending on how you defined the product) of commercial customers in the world that had an insatiable appetite for full-fidelity coverage over the public "firehose" of Twitter data. Eventually, when they were faced with internal focus reorientation ("all energy must go to the consumer facing product, stop working on commercial licensing deals" they were told (that's _my_ interpretation of the shift, which might not be fully accurate), they had the choice of abandoning all the revenue from commercial resyndication, or partnering up with a firm that had proven its track record (high customer satisfaction rates, reliable, honest, easy to work with, etc etc); Gnip.

Importantly, we had an established customer base and business. We weren't pitching ether to them. The pitch was "here's an amazing business as-is, and it only gets better if we really partner up." If you're pitching 0 (you) + 1 (desired partner) = 1, that's a much harder pitch. We were, at a minimum, in 1 + 1 = 2 range, and ultimately 1 + 1 wound up being much greater than 2.

We pulled post-partnership projections together around what the business, and product, might look like if Gnip had this kind of exclusive access. As with any projections, they were bullshit (not purposefully at all, simply guesses and stabs at a future market), but the magnitude and scope, "big", were what mattered and what the conversation centered around.

We bickered on revenue share split ratios for awhile, and this was transformative for me. Of course we wanted a bigger split (think along the lines of, 80% T, 20% G), but we had very little leverage. I was devastated over the split discussions. I couldn't believe T's arrogance, but, I lacked leverage, and I wasn't going to find any under a couch pillow. Brad Feld (friend and lead investor) had this insight for me; "forget the split! assume they take 100%! you need to focus on building a business and product independent of that revenue. heck, assume the split is reversed and you're getting 80%, I'd still advise you to effectively ignore that revenue and focus on your core IP and product offering." I grappled with that for awhile. It took time to get my head around it, but, I eventually did, and it completely changed my view on how to attack revenue.

Of course, when it can rain $ via rev-share arrangements, that's awesome, but when you don't have that opportunity, you have to aim your guns at what you ARE able to do and impact. In Gnip's case, that was core product and functionality. We became a 100x better product and company because we had to fight for it; every dollar. I think back to that moment sometimes and realize how pivotal it was. I could've thrown in the towel and considered it all a failure. "Split the revenue the other way or we quit!" I could've tantrumed. Thankfully, I took Brad's advice.

Building relationships can be challenging. Especially when you are a startup and one of a thousand gnats buzzing around a bigger entity that is under partnership attack at every angle. Twitter remains a company like this today. Nearly every startup in the space wants a piece of them.

We actually had, among others, the XMPP Twitter firehose on and off for a year or so early on. T was trying to figure out what their API and firehose strategies were, so they just gave it away for awhile. I remember the peak rate at the time... eight tweets per second. Last time I had data here, that peak was more in the 65,000 tweets per second rate (and I'm sure it's much bigger now). Amazing growth. Anyway, Gnip's mission was always about serving a broader publisher landscape. We wanted to offer publisher abstraction to our customers. We wanted them to stop thinking about Twitter and Facebook and Plurk ( ;) ), and instead focus on the underlying user actions (posts, image posts, video posts, likes, etc). Along these lines, we were actually early contributors to Activity Streams (http://activitystrea.ms/ ). All that is to say, that Twitter was just another publisher to us, and our software infrastructure; we weren't playing favorites as we were philosophically opposed to dominant publishers in the ecosystem.

I'll always remember being in friendly conflict with our lead developer on this topic. I was fighting for a publisher agnostic ecosystem, while he steadfastly believed markets always dissolve into one or two players (e.g. Microsoft and Apple... Facebook and Twitter). It would seem he was right, for now, but I think I'm right in the long run. Where we are in the era of social, is _early_, and this two-party system won't last.

Even though we wanted to be publisher agnostic, we weren't fools. We invested a significant amount of time and energy in our relationships with publishers. Some of those relationships were strong, and some were weak. Our relationship with Twitter started neutral, went negative for awhile, then reemerged as something mutually beneficial. The important part of that arc is that we always represented the customers first. "Together, we can provide what the customers really want." Ensuring the conversation always stayed there, allowed us to keep any negative undertones as just that, undertones. Any negativity could be relegated to the background (mostly :) ).

Somewhat aside, I would say that we believed we had access to anyone we wanted, at any company, and that was a function of our investors. We wound up with Foundry Group, First Round Capital, and Softtech VC as our investors, and felt we could get an intro to anyone in the industry via that set of rolodexes. If we had a need in another firm, we could get the intro if we didn't have it already. That illustrates the power of who's in your investor mix. It's subtle, but immensely powerful. Nine times out of ten, the investor would simply provide the setup, and you'd do the heavy lifting of course, but that's an immeasurable value for a startup.

When it comes to public social data collection, many publishers offer general, rate limited, API access. They want the developer ecosystem to be able to explore and experiment, but, they now realize they don't want the cat out of the bag. They don't want to lose control of their statistics, usage, reliability, and completeness of the system. So, they impede anything that can contort those dimensions against them. Immediately, this puts some developers at odds with the publisher they're trying to partner with. They attack the publisher's infrastructure, sometimes gently, sometimes not, to get the data they, or their customers, want out of the system, then go and ask for greater access via partnership of some form the next day. That yields a tenuous relationship as you can imagine.

Gnip always adhered to the API terms of service/use for a given publisher. We did not build a business on IP addr farms and fan-out requests to get as much data as possible. We played by the rules, and that ultimately helped our with our story for Twitter. We were able to clearly illustrate the market suppression that limited access was causing, and project what the market could look like if things opened up (under non-trivially constrained terms of use of course).

This conflict between your product and the publisher, is real, and it can make or break you. On one hand, you want revenue, and if you break/bend the rules, you can get more of it. However, doing so puts you at odds with the publisher (arguably your bread and butter). Take your pick. We chose to play by the rules and were able to navigate to a successful partnership and outcome. We firmly believed that breaking/bending the rules would yield an incrementally small amount of revenue, and never actually let the business get as big as it could. Think about it this way, black markets exist, and always will, but they're never as big as the open market. Pursue the open market, sure, it's harder, but the rewards are bigger. If the only way you have a business is by breaking rules, stop what you're doing and go do something else; that's ultimately lame; explain that one to your kids.

We got the deal done because we knew better than Twitter how to serve the market we both wanted served. We were focused on the customer's needs, and we did everything above board. We spent years cultivating relationships inside Twitter (from the CEO, which changed a few times during our efforts), to mid-level, to developers, to BD, to on and on and on). When we were at a conference and there was a Twitter person there, we elbowed our way to them to get a word in. When Twitter put on conferences, we were there. When Twitter wouldn't answer the phone because we were that annoying gnat in the swarm, we backed off the calls until we had something significant to put in front of them (a new feature, a new business milestone). Partnership negotiation is a fine line between expressing your need for the other partnership, and illustrating your ability to be independent.

Obviously, our partnership led to a new level of interaction and visibility between Gnip and Twitter. We were truly in bed together at that point, and one thing led to another, and they acquired us (a few of years after our official partnership began). All told, we spent three years getting to the partnership deal, and almost six getting to acquisition. 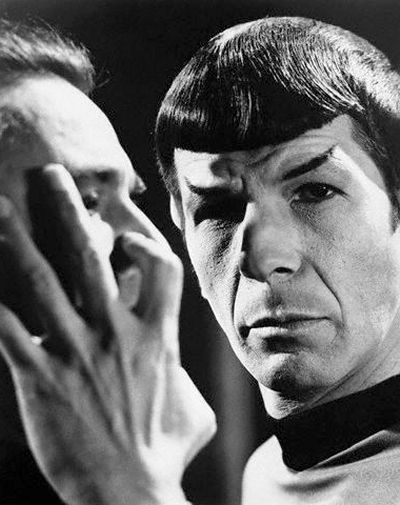