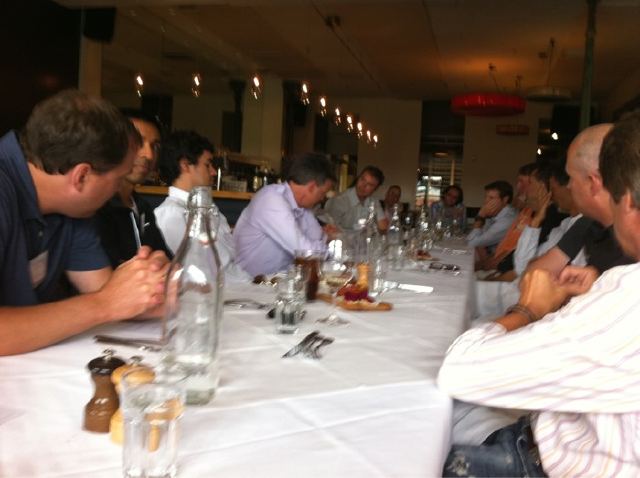 I was lucky enough, and honored, to be a part of a luncheon in Boulder today with Congressman Jared Polis, and a great sample of Boulder's startup community. There were roughly 30 of us around a table at the staple "The Kitchen" restaurant. 20 entrepreneurs (~10 from software firms, and ~10 from bio/pharma (a few "other")), 7 Venture Capitalists, and 3 associated with Congressman Polis. Five things struck me.

The dichotomy between #1 and #2 had me thinking... why? Software isn't physical, nearly all other industries are. As a result, the essence of a product is intangible. Physical goods based industries (e.g. bio/pharma) produce something physical, with physical impact, and that took physical goods to produce. Something gets shipped over borders (customs/tariffs are related to the physicality of the good). Something can be counted. Something can be physically examined. Software on the other-hand is relatively complex, and often its value is simply polymorphic in nature. Software is a relatively new industry, and perhaps we'll see it "over regulated" in the years to come, but I thought the degree to which the "other guys" in the room were dealing w/ regulation to be rather intense.